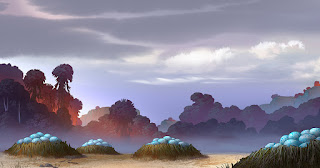 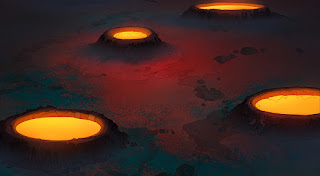 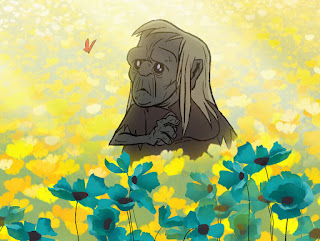 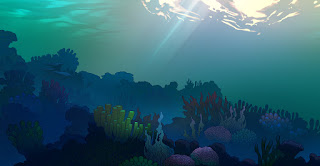 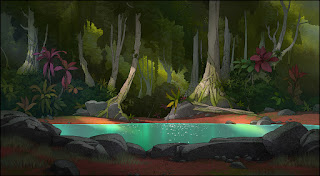 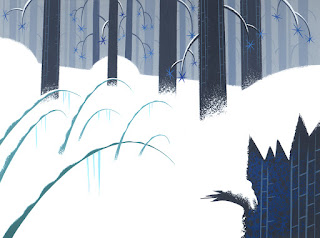 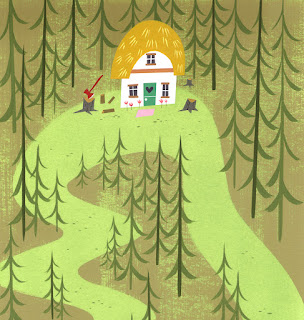 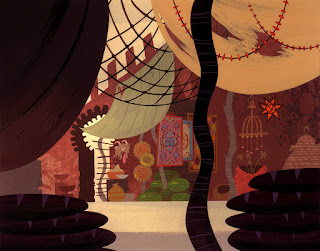 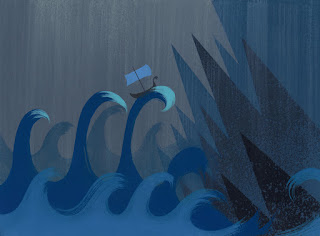 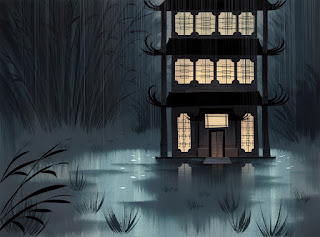 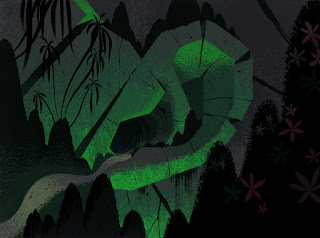 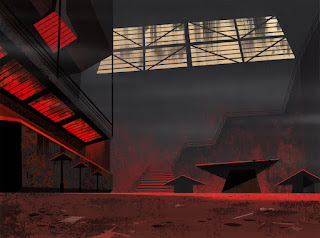 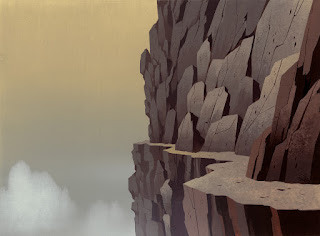 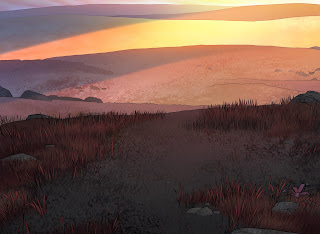 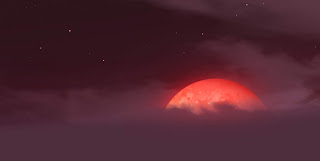 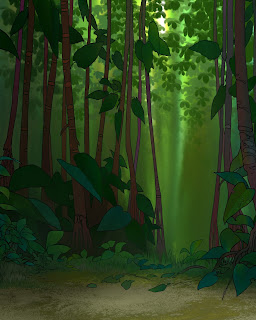 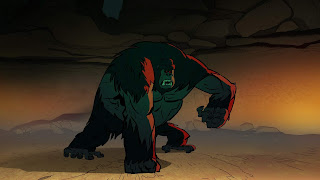 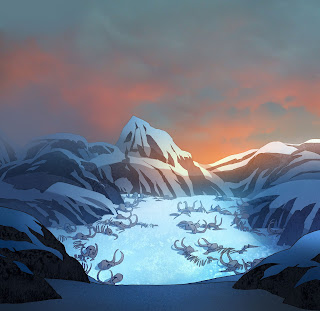 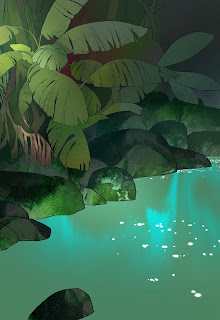 It is a rare privilege to serve as
Art Director on Genndy Tartakovsky’s Primal.
The chance to produce an adult, hand drawn action
series is almost nonexistent in the US.

The animation was done by Studio La Cachette,
located in Paris, France. We were thrilled with the level of skill
and artistry they brought to the production. Never before
have we had such a high level of quality on a television production.
The backgrounds were drawn by the brilliant artist Christian Schellewald. His
illustrative and organic style was ideal for Primal's lush, raw world.